Ozmoo is a Z-machine interpreter for the Commodore 64 and similar computers by Johan Berntsson and Fredrik Ramsberg.

Ozmoo for Acorn is a port for the 8-bit Acorn computers. It converts a Z-code game file into a bootable disc image which plays the game on a BBC B, B+ or Master or Acorn Electron.

As an example of what the result looks like, you can try Dave Footitt’s Calypso running under Ozmoo in your web browser at bbcmicro.co.uk. 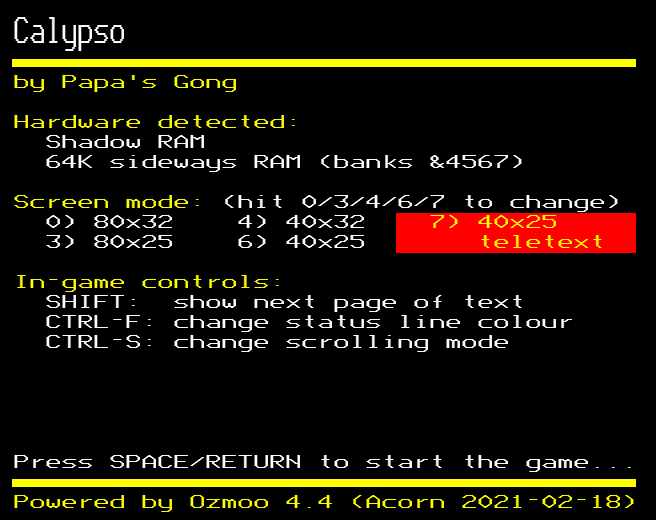 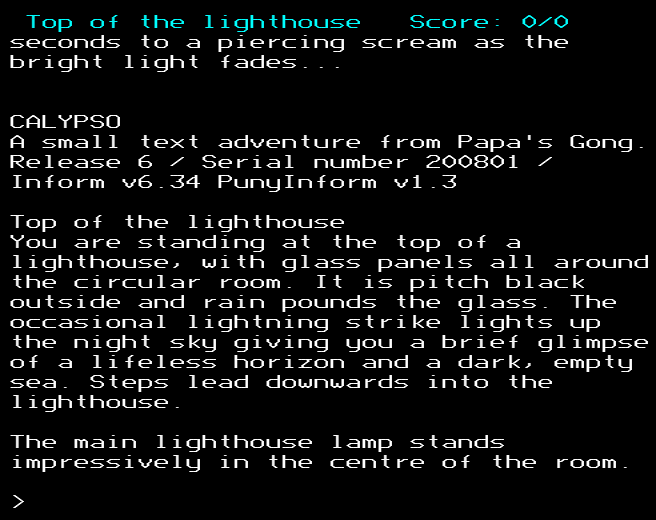 Building a game with Acorn Ozmoo isn’t that difficult, but you do need to be able to use the command line to do it. (Playing a game generated with Acorn Ozmoo just involves booting a disc, as you can see from the Calypso example mentioned above.)

You need a modern computer to build the game on. I develop Acorn Ozmoo using Linux, but other people have used it on Windows and Mac.

You’ll need some other software installed on your computer:

If you’re using Windows, Ken Lowe’s post on stardot here includes some pre-built versions of acme, beebasm and lzsa and instructions on how to install them.

Given all that, to convert a Z-code game file into a bootable disc image:

If all goes well, you should end up with a file called my-game-file.ssd or my-game-file.dsd which is a bootable Acorn DFS disc image.

The best place to ask for help with Acorn Ozmoo is in this thread on stardot.org.uk. I keep an eye on it and there are several other regular contributors. Alpha and beta releases are also posted there if you want to experiment with new features and bugs.